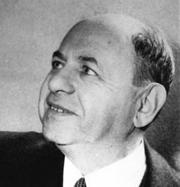 (1884,Vicebsk – 1956, Los Angeles)
Sculptor.
Oscar Miestchaninoff  was born into the  family of a merchant. He received his primary art education in Vicebsk under Y.Pen.  In 1905-1906 he studied at  the School of Fine Arts in Odessa.
In 1907, he came to Paris.  He studied at the Ecole des Arts Décoratifs and at the Ecole des  Beaux-Arts under Mercié and later under Josef Bernard. In the 1910s, he  made friends with P.Picasso, D.Rivera, F,Modigliani, who painted his portrait.
O. Miestchaninoff  executed portrait busts and torsos of marble, granite and bronze. In the 1910s and 1920s, he exhibited his works at the salons of the National Society of Fine Arts , of the Society of French Artists  at the Salon des Indépendants,   Salon d’Automne  and Tuileries, at the exhibitions of Mir
Iskusstva (World of Art) in1915 and 1916, and other exhibitions in Russia.
In 1919, having received a letter of recommendation from the French Ministry of Foreign Affairs  he went to Burma, Siam  and Cambodia  in order to study the ancient city of Angkor  and  Khmer sculpture. The expedition resulted in a collection, which enriched French museums and  an album with  the introduction by Henry Goudron (1922). In 1927, he took part in a similar expedition  to  India, where he studied Ellora rock-cut temples. Oscar Miestchaninoff  became an acknowledged expert  in the arts of  Ancient Asia.
He took part  in the exhibitions of Russian artists at London Whitechapel gallery in 1921, of the circle of Russian artists ‘Tschisla’ (Numbers) at the Parisian gallery  L’Époque (1931). In 1928, he visited Lenigrad and Moscow as a participant of the exhibition  of  contemporary French  art.
Oscar Miestchaninoff  lived  in Boulogne-Billancourt,  in a house  designed by Le Corbusier in 1925. During World War II he moved to the United States of America. He acquired  US citizenship and lived in New York and in Los  Angeles.