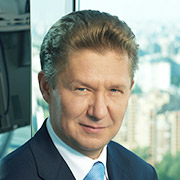 Dear friends! I wish you success in all projects and initiatives supporting Belarusian culture and art! Gazprom is always near!

The Ministry of Culture, private companies and banks take active joint measures for popularizing the art of Belarus within the country and abroad. Belgazprombank has become a reliable sponsor of important cultural events. Thanks to its initiative and support , the project ‘Artists of the School of Paris of Belarusian Origin’ has been successfully implemented as the first stage in the large-scale Art-Belarus Project.

It should be mentioned again what important role Belgazprombank plays in collection of our national art treasures, as well as about its attention and great concern over development of emerging Belarusian artists and promotion of their brightest achievements.

‘Art-Belarus’ is a national, historic and cultural project inspired by Belgazprombank. The goal of the Project is education based development of creative thinking and initiative of cultural workers, and promotion of their creative work inside the country and abroad. The Bank tends to reconstruct the entire and continuous process of culture development in Belarus by study and exhibition of artifacts, promotion of its role in the global culture, and the growth of interest to national art among population.

The ‘Art-Belarus’ Project is aimed on system public presentation of art forms’ evolution which have been developed in the boards of world cultural process on the territory of the modern Republic of Belarus in last thousand years.

The main activities on the ‘Art-Belarus’ Project development are concentrated on the next directions:

Realization of the ‘Art-Belarus’ Project is performed on the principles of state and business partnership confirmed by the Agreement between Ministry of Culture of the Republic of Belarus and Belgazprombank.

The ‘Art-Belarus’ Project is realized by Belgazprombank in cooperation with National Commission for UNESCO, Ministries of Culture and Foreign Affairs, National Art Museum of the Republic of Belarus, Belarusian Union of Artists and other partner institutions.

The Belgazprombank Corporate Collection is part and basis of the ‘Art-Belarus’ Project.

Art-critics and culture experts notice that the Belgazprombank Corporate Collection today brings ability to the compatriots to recognize the scale of our country’s culture, its significance in the world context, to open an unknown page in the history of national culture — Komsomolskaya Pravda v Belarusi, 29.03.2014

Currently the Belgazprombank Corporate Collection contains more than 100 artefacts created from the beginning of the 16th century. The collection contains works by the artists born within the borders of the modern Republic of Belarus whose names gained wide public recognition. For objective reasons artworks by many of this authors haven’t been presented in our country’s museum funds.

Formation of the Collection started in 2011-2012 with purchasing of series of works by world known Belarus-born artists of the School of Paris. Before that, there had been no easel works by these artists in their historic homeland. Masterpieces by Marc Chagall, Chaim Soutine, Ossip Zadkine and other representatives of the École de Paris formed a core of the rising bank collection.

The Belgazprombank Corporate Collection today is recognized as the largest collection of works by expressionists of the School of Paris not only in Belarus, but also in the Eastern and Central Europe — PRIME-TASS, 21.09.2012

Over time, the concept of the Belgazprombank Corporate Collection significantly expanded, due to transition to a next phase of the Project 'Art-Belarus', which global aim is to restore the process of Belarusian culture development in its entirety and continuity. Today forming of the Belgazprombank Collection is called to fill gaps in the history of Belarusian art. Belgazprombank researches to reveal works by our nationals in foreign collections aiming to return them by purchasing at international auctions and from private collectors. Due to the contribution of this financial institution the masterpieces by Marc Chagall, Chaim Soutine, Léon Bakst, Walenty Wańkowicz, Ferdynand Ruszczyc, Osсar Miestchaninoff, Evsey Moiseenko, Abram Maniewich, Ossip Zadkine and other authors appeared in Belarus. Decision to purchase works supplementing the corporate collection is made by the Expert Council created at Belgazprombank which consists of art critics, bibliologists, practicing experts in different fields of art and culture.

Besides the masterpieces of the School of Paris, today Belgazprombank possesses unique series of old prints, the 19th century painting, works by authors of ‘The World of Art (Mir Iskusstva)’  association and Belarusian artists abroad. Gallery of women portrait of various styles and techniques is considered to be real decoration of the Collection. 35 artefacts from the Collection are given the status of ‘the Republic of Belarus Historic and Culture Value‘. Among the recent bank’s most significant acquisitions there is ‘Small Travel Book’ published by Frantsysk Skaryna in Wilna in circa 1522 that is assigned to be the first print book in the Grand Duchy of Lithuania which included Belarusian lands.

Grand exhibition projects were held under the aegis of the ‘Art-Belarus’. The first exhibition was ‘Artists of the School of Paris from Belarus’ shown in Minsk, Homel, Vicebsk and Vilnius (Lithuania).

Project ‘Ten Centuries of Art in Belarus’ (held March 27 to July 10, 2014 in the National Art Museum of the Republic of Belarus) became the biggest exposition of the Belarusian people cultural heritage objects during the period of Belarus’ independence.

International art-project ‘The times and creative work of Léon Bakst’ was dedicated to the 150th anniversary from birth of the world known artist. It contained a vast exposition of works by master and his contemporaries showed in Minsk, Vilnius and Riga museums in 2016.

Within the framework of activity for popularizing contemporary Belarusian art Belgazprombank in cooperation with Belarusian Union of Artists initiated an art fair ‘Belgazprombank features Salon d'Automne’ which aims to reveal the most perspective emerging artists, promote their creative works in homeland and abroad, develop native art market.

In the boards of the ‘Art Belarus’ Project 12 large scale art exhibitions were held in Minsk, Homel, Vicebsk, Brest, Hrodna, Riga, Vilnius and Paris which were visited in total by more than 200 000 people.

9 documentary films about the artists of the School of Paris of Belarusian origin were produced.

The Agreement between Ministry of Culture of the Republic of Belarus and Belgazprombank was signed (2015).

The series of stamps dedicated to Belarus-Born artists of the School of Paris was issued in cooperation with Ministry of Communications and Informatization (2015).

Belgazprombank was awarded twice an Honorable Diploma ‘Maecenas of Culture of Belarus’ (based on the results of 2014 and 2015 years).

In 2016 this financial institution won 'HR-Brand 2016' Prize in nomination 'Culture'.

Belgazprombank considers its work over the ‘Art-Belarus’ Project through the prism of regular public dialogue aimed to develop new understanding of passed centuries experience and culture, and of contemporary art also. And of course realization of the Project is not only feasible contribution to saving of country’s cultural heritage but almost the last chance to return the masterpieces by Belarusian artists to homeland, to restore a huge layer of national culture.


Web-site support: suhodolov@bgpb.by
We are in social networks: 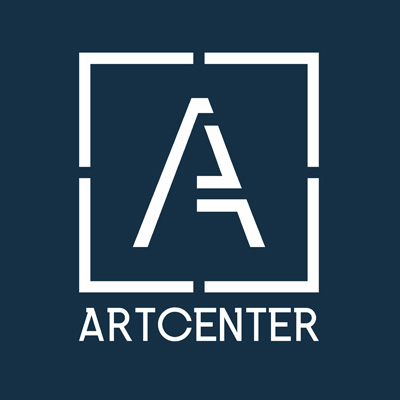