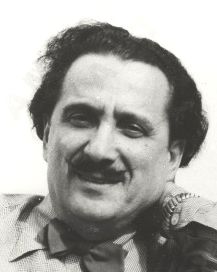 W.S. Schwartz studied at Vilna Drawing School (1908-1912). In 1914, he emigrated to USA, lived in New York, Omaha ( Nebraska) and in 1915, settled in Chicago. In 1917, he graduated from the Art Institute of Chicago. At the same time he  received training in opera singing as tenor, appeared in opera, musical performances and radio programmes.

He painted landscapes, portraits, still lives, genre and allegorical compositions, executed watercolours, pastel drawings, lithographs. At certain periods he was fascinated by Symbolism, Fauvism, Expressionism, and Romantic Modernism. Starting from the mid-1920s he worked on the series of surrealistic paintings “Symphonic Forms”. He created a series of lithographs depicting nude models.

He took part in painting murals at the Chicago World’s Fair (1933), executed murals for a number of American hospitals and post-offices. He painted a series of compositions named “Americana”, consisting of group portraits of prominent American composers, artists, poets, and scientists. In the 1930s, he sent several works  to the USSR for  the  museum  in Birobidzhan.

A retrospective exhibition of  W.S. Schwartz’s works was held in Chicago in 1984. In 2006 and 2007, the artist’s  works in his family’s collection  were exhibited in Chicago. Major US  institutions like the Smithsonian Museum of American Art, the  Library  of Congress in Washington, the Metropolitan Museum and  the Whitney Museum in New York, the Joslyn Art Museum in Omaha, the Dallas Art Museum  have W.S. Schwartz’s works in their collections.