It isn't easy to imagine contemporary Vitebsk as one of the major centers of the international avant-garde scene. Still, it was one in the early 1920s — time when the UNOVIS movement brought together a great number of talented artists. And some of them — such as Kazimir Malevich and Mark Chagall — became famous all over the world.

Surely, they were not the only ones who made UNOVIS happen — however, some of the group members remained overshadowed by their celebrated contemporaries.  One of them was cubo-futurist Dmitry Sannikov.

Dmitry Sannikov was born in Vitebsk. In 1919, at the age of seventeen, he was admitted to the local People's Art School, which became a platform for the development of such avant-garde genres as cubism, suprematism, and constructivism. When UNOVIS was created, Dmitry Sannikov joined the group. However, this promising initiative dissolved as its participants scattered around the world. Sannikov went to study at the Leningrad Academy of Arts. After a brief period of training at the Academy, the artist got expelled and later joined the Red Army. His fate remains unknown.

Sannikov stands out among other cubist artists for the easiness with which he worked with colors and shapes. He uses clear and even contours, and a variety of geometric structures on the canvas. Unfortunately, just a small number of works, as well as biographical information about Dmitry Sannikov, have survived to our days. 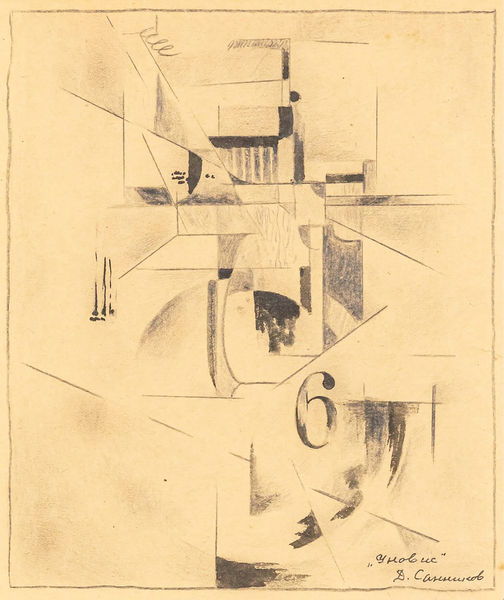