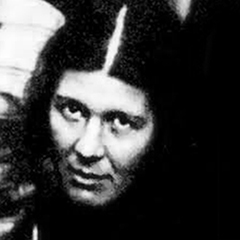 Although Eugenia Magaril studied under Malevich and was a member of the UNOVIS group, her art is quite different from the ideas of suprematism. While her fellow students made it to elementary forms and simple geometry in their works, the subjects of Magaril's works are completely legible, and the images are concrete. If she paints a head of a pioneer, then it is a head of a pioneer, not some kind of a circle, or a line. Nevertheless, officials seemed to feel the spirit of avant-garde in her works, and in 1952 she got excluded from the USSR Union of Artists 'for the inconsistency with the method of socialist realism.'

Sadly, we know very little about the artist's work in Vitebsk, her native town. After studying at the People's Art School, Magaril enrolled in the former Academy of Arts in Petrograd, to the Workshop of Spatial Realism organized by Mikhail Matyushin. It was the place where she developed her creative methods. By 1930, Matyushin and his students, including Eugenia Magaril, had formed the KORN ('Extended Vision Collective') association. Its members experimented with space and light environment and explored the perception of color. Matyushin recalled Magaril as 'spontaneously talented,' noting, however, her 'lack of organized approach.' Hard to say what he meant by it. Perhaps the artist went beyond the limits of Matyushin's color theory, taking more from nature and life. Apparently, she did not fit the color scheme of KORN too.

Simultaneously, Magaril continued working with Malevich at the GINKhUK (State Institute of Artistic Culture). In her works, she depicted light with color splashes, avoided pure colors, and preferred lighter or muted shades – this is particularly characteristic of her later works. No wonder her favorite technique was watercolor. In 1927-1929, Magaril worked as a chief artist at a textile factory, and since 1929 she was teaching drawing at schools.

She survived the first year of the siege of Leningrad. There, she created a series of works dedicated to life in the besieged city. To paint, she used watercolors and a homemade mixture of coal, soot, and oil. From 1942 till the end of the war, she worked in evacuation in Biysk. Unfortunately, most of her pre-war works were lost.

After the war, the artist continued teaching drawing to children. In the 1960s, she collaborated with an experimental lithographic workshop at the Leningrad branch of the USSR Union of Artists. Since the late 1950s, the avant-garde of the 1920s was no longer a taboo in the USSR. Magaril was accepted back to the Union of Artists and had her solo exhibitions in 1974 and 1984. But at the same time, she always remained on her own. The authorities did not interfere with her work, but did not pay much attention to it either. Nonconformists of the 1970s and 1980s were more interested in more well-known artists.

Eugenia Magaril spent the rest of her life in an ordinary communal apartment in Leningrad. When she died, the fate of her works was tragic — fire at the studio destroyed three-quarters of the artist’s oeuvre. Eugenia Magaril demonstrated consistent pursuit of her creative credo in an unfriendly environment all her life. But to this day, she remains undeservedly overshadowed by her teachers. 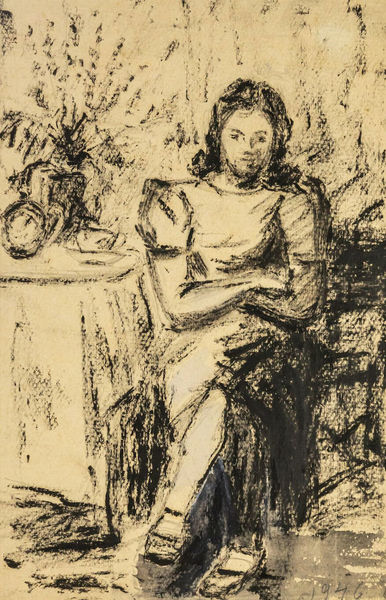