He was born into a family of retail traders and studied at Vicebsk city four-class school and at the drawing school of Y. Pen. In 1907, he went to St. Petersburg where entered the Drawing School at the Imperial Society for Encouraging Arts directed by N. Roerich. He studied in St. Petersburg at Zvatseva School of Drawing and Painting where L. Bakst and M. Dobuzhinsky were his teachers.

In 1911, he moved to Paris, attended classes at the academies Grand Chaumiere and La Palette. In 1912, Chagall settled at the artists’ commune ‘La Ruche’; exhibited his first works at Salon des Independants and at Autumn Salon.

After he returned to Vicebsk, in 1915 he presented his works at the exhibition ‘The year 1915’. After moving to Petrograd he worked at the military and industrial committee. In 1916, he joined the Jewish Association for Encouraging Arts. In 1918, by the decision of the People’s Commissariat of Enlightenment he was appointed its authorized representative for arts in Vicebsk guberniya (province) and returned to Vicebsk. In 1919–1920, he headed People’s Art School which he founded in Vicebsk. In 1920, he moved to Moscow after the conflict at the School and started cooperating with the State Jewish Chamber Theatre. In 1921–1922, he taught at the school for orphans in Malahovka near Moscow.

In 1922, he left for Berlin and in 1923 moved to Paris. In 1924, Chagall’s first personal exhibition was opened at the Barba-zange-Hodebert gallery in Paris.

In 1931, Chagall visited Palestine and started to work on illustrations to the Old Testament. In 1933, at the exhibition ‘Bolshe-vism in culture’ in Manheim which was held by the Nazis; the works by Chagall were subjected to auto-da-fe.

From 1958 till 1959, by the request of Grand Opera he produced the scenery and costumes to the M. Ravel’s ballet ‘Daphnis et Chloй’. In 1964, a plafond for the Grand Opera in Paris and a stained glass ‘Peace’ for the UN building in New York, based on the artist’s sketches, were made. In 1973, Chagall visited Moscow and Leningrad where the exhibition of his works was held at the Tretyakov gallery. In 1977, Chagall was awarded the Great Cross of the Legion of Honour. 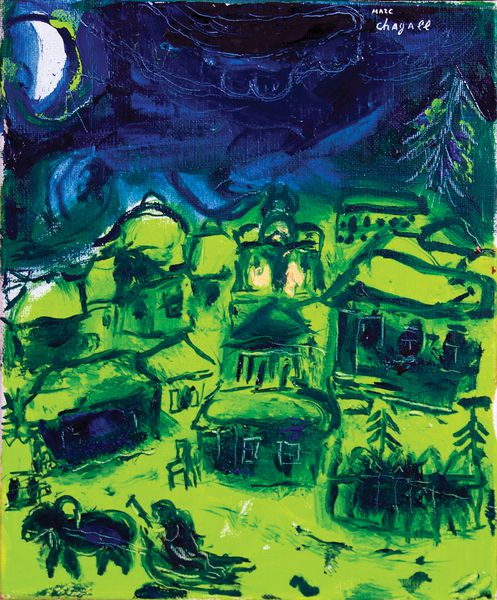 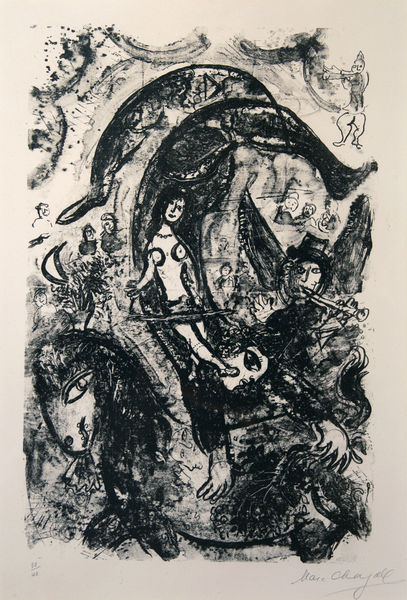 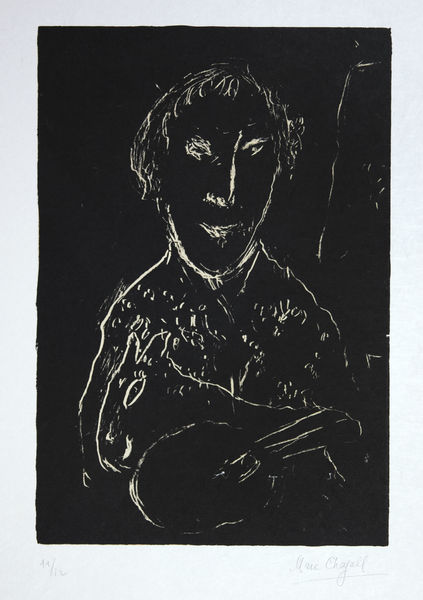 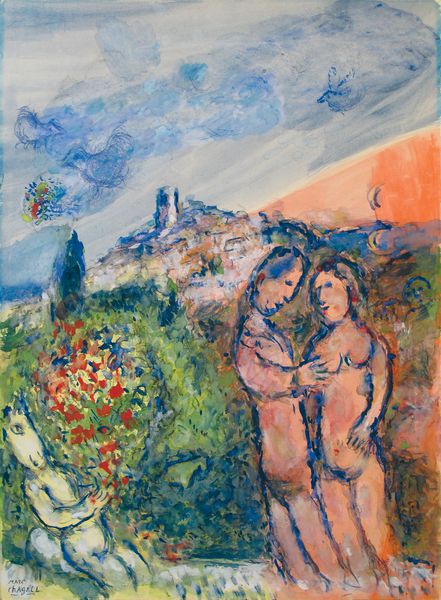